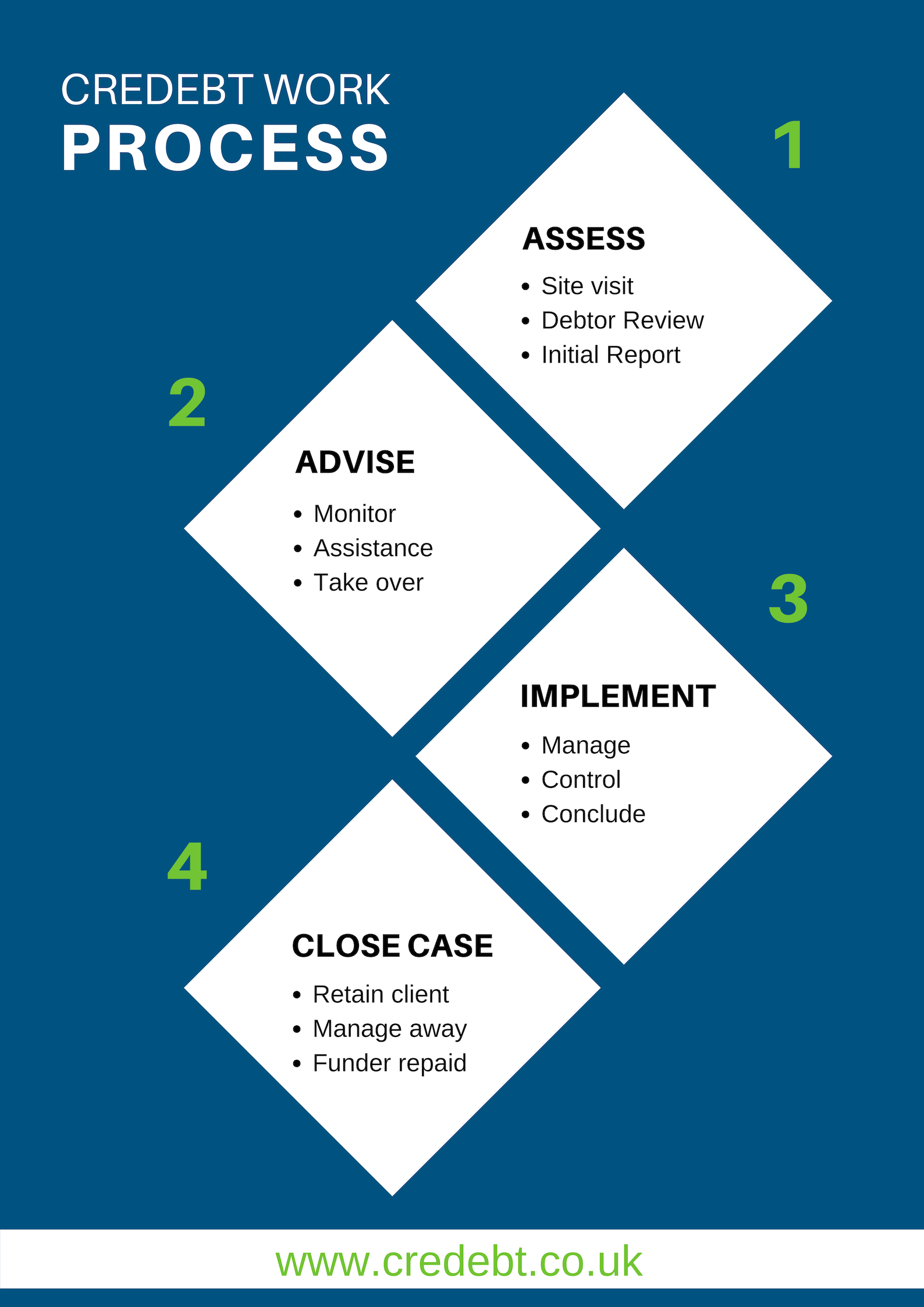 In this scenario we follow a 4-stage process as detailed below, which is proven to maximise the result for our Client, whatever the situation we find.

Whilst on-site, we will thoroughly analyse all aspects of the Debt to understand why the Overdues are so high.

We call on our extensive expertise in all industries to look at the reasons for the Overdue Debt and provide actionable suggestions as to how to release bottlenecks on Cashflow.

Our MD, Glen Morgan, usually gets personally involved in these, as he has over 23 years’ experience in improving Processes and reducing Overdue Debt for clients, ranging from major Blue Chip Companies to SMEs, and he prides himself on being able to greatly assist in any business in any industry.

We will find the reason for the Overdue Debt, be it process related, queries, staff or something more sinister!

Following our visit and report, there will be one of the following requirements, each with a different solution.

We can take over the Collections, either completely or for a period of time, and engage directory with your Client to improve things quickly.

Whilst doing this we will also review and improve all Collections processes, Query Management and even assist with Staff changes and Recruitment to make your Client fit for purpose and able to deal with Collections effectively on an ongoing basis.

2. Assistance required with some old stubborn Debts and Debtors

We will accept a partial instruction to maximise recoveries from just the 90-day-plus Debtors, the ones that you have already disapproved and therefore 100% of the money is due to your Client. This improves Cashflow very quickly.

Please see our range of services as detailed on our Irregular Audit or Fraud Suspected Scenario pages.

4. Prepare for Collect Out

We will carry out all the required preparations for a Collect Out, as detailed in our Prepare for Collect Out page. 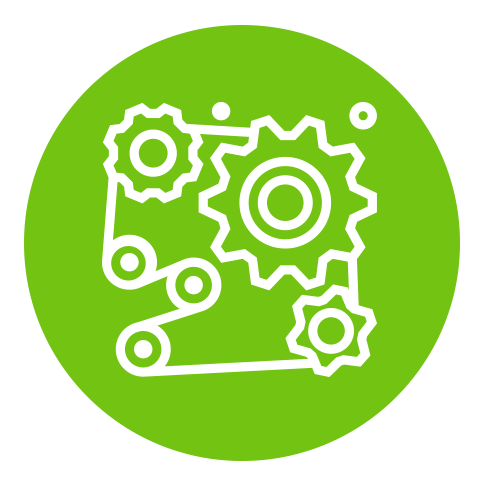 Whatever solution is required, we will work tirelessly to ensure that the Position is improved rapidly.

This can be on-site or remotely, whichever works best. We have dedicated phone lines to ensure confidentiality when required, although some Clients prefer the impact of disclosing our involvement.

Our ultimate aim is to either improve things quickly and provide the tools to prevent issues from re-occurring, or provide a safe landing into Collect Out by providing Pre-Appointment Credit Control for as long as required.

Once the appropriate solution has been implemented, we will disengage, but keep in contact with you and your Client, to ensure that the improvements (reduced Debt, improved processes, etc.) are maintained.

Contact us today to arrange your Free Debtor Collateral Review and we’ll take it from there. 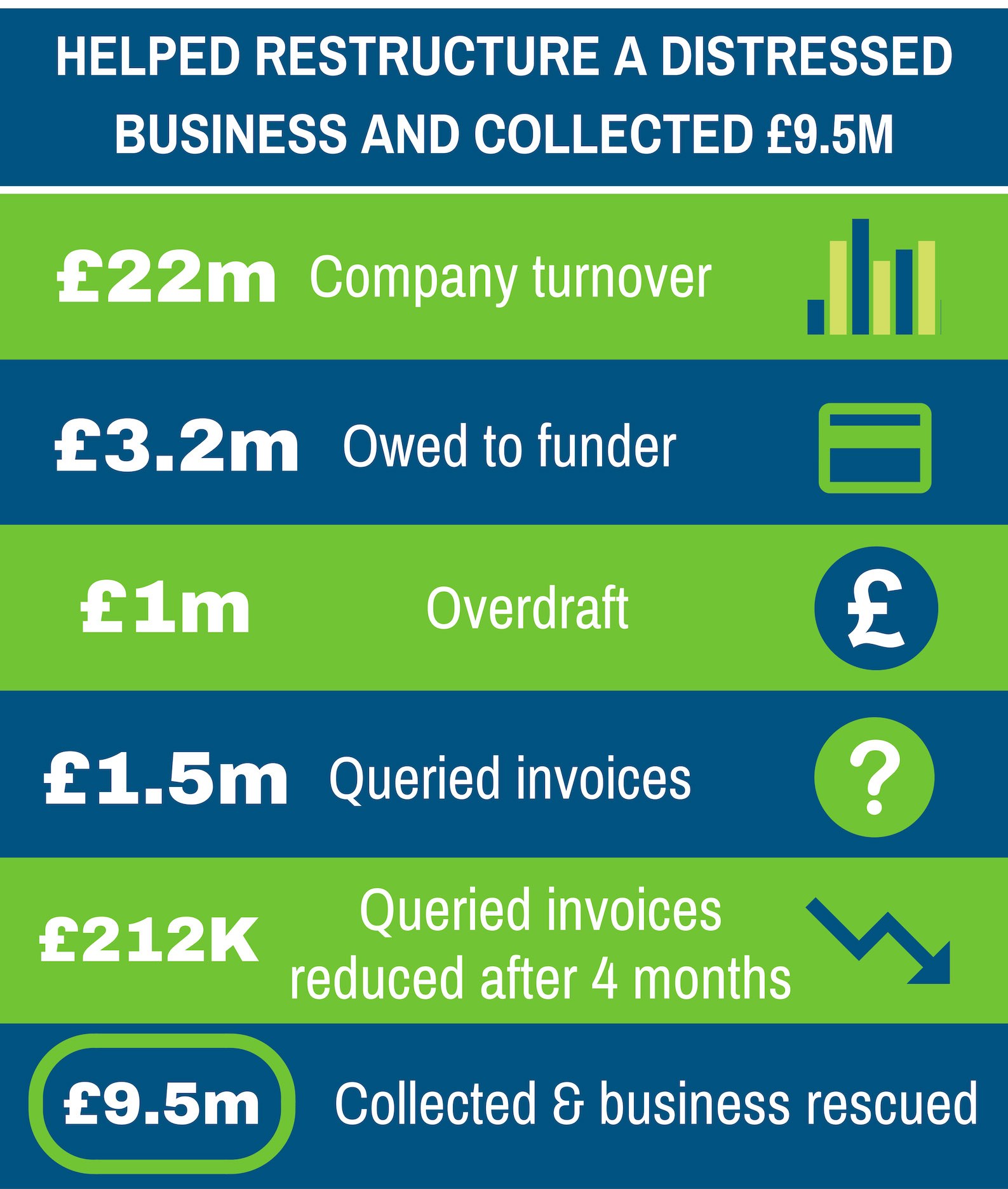 For a South East based Freight Company, Credebt greatly improved the overall Debtors position, reduced Debts, took over Collections, assisted with Staff Recruitment and wrote a Credit Policy and Procedures from scratch for the company to follow.

The family run business had grown from £12m to £22m in 12 months and was making a substantial loss while doing so. This was due to their internal controls being extremely poor.

They owed £3.2m on their Invoice Finance Facility and had a £1m overdraft.

We were instructed by the Bank’s Invoice Finance Team, as well as the Main Bank, to get the Ledger Management under control and reduce the Overdue Debt as soon as possible.

Once this was complete, it was agreed that we would create a Credit Policy and Procedures Manual, and assist with implementation, as well as Staff Recruitment.

Credebt engaged directly with the Company and took over the Ledger in its entirety, at no cost to the Invoice Finance Company. We spent 4 months maximising the Cash Collection, whilst reviewing and reducing all bottlenecks with the Order to Cash process.

Two members of our Team were on-site several times each week to work through queries. Remote access to invoice, pad and bank systems were obtained to work as efficiently as possible.

We met up with some of the largest customers to assist with query resolution and we set up an adequate and effective Query Management System.

For the first month, we reported back to the IF Company daily, and weekly after that. We had conference calls or physical meetings to go through issues every morning at 10am for the first four weeks, and at least twice a week after that.

We collected £9.5m in 4 months, whilst reducing the Invoice Finance Facility down to £1.8m. Queried invoices were reduced from £1.5m to £212K.

We helped them recruit 2 Credit Control staff, using our expertise to find the right people for the job. We conducted the interviews and prepared their job specifications.

We exited the business after nearly 4 months as they were now in a position to successfully cope themselves.

We kept in regular contact with the client to ensure that things went according to plan. Over a year later we were still in contact and things were very much still on track, with a happy Client and their happy Customer.

“Glen is full of energy and gets results – fast. I would have absolutely no hesitation in recommending Glen and Credebt to my clients.”