Invoice Finance Audit comes back with Concerns or Irregularities 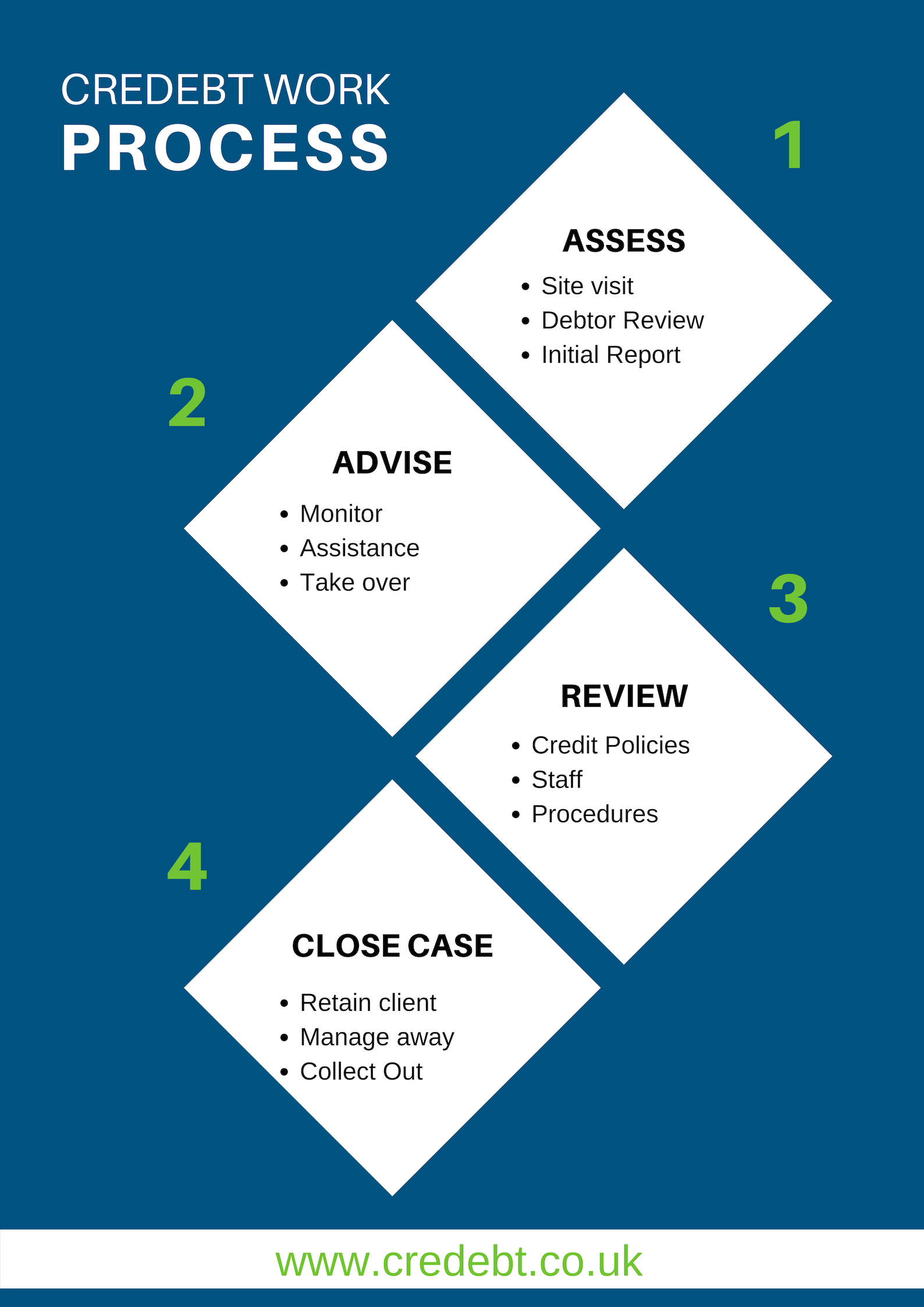 In this scenario we follow a 4-stage process as detailed below, which is proven to maximise realisations in a Collect Out.

On-site visit usually within 24 hours but guaranteed within 48 hours to thoroughly review the following:

While on-site we will meticulously analyse all aspects of the Debt that your Funds are secured against. We call on our extensive expertise in all industries to find issues and investigate them, before reporting to you with our findings and offer solutions on day one.

We have no set agenda other than to investigate and confirm the actual status and real value of the Ledger, and to propose sensible solutions that we can then follow up if required or monitor to ensure that they have been carried out.

Following our visit and report, there will usually be one of the following situations, which will come with the appropriate solution suggested.

1: No real cause for concern, or small concerns that need monitoring

Usual solution: Monitoring can be dealt with either by yourselves or by us as required, and will continue until you have confidence that the issues are resolved.

2: Significant issues are found that are a risk to your Capital which need immediate attention. This can range from Fraud (Fresh Air Invoicing) to an urgent need to greatly reduce Overdue Debt.

Usual solution: Whatever the requirement, we can deal with this and will provide a successful outcome.

Usual solution: This may result in us engaging directly with the client or with yourselves to improve Collections, review and monitor staff and improve or create Policies and Procedures that make them Invoice Finance compliant and prevents re-occurrence of the issues.

4: Collect Out advised as the business is no longer Invoice Financeable and/or trustworthy.

Usual solution: We will prepare for a successful Collect Out. Please see more detail under our Liquidation Scenario page. 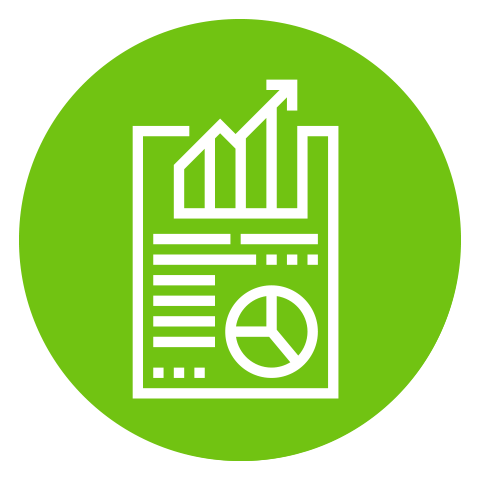 Whatever solution is required, we will work tirelessly to ensure that the Position is managed and controlled effectively.

We always work in the most appropriate way to manage the risks to your Capital. This doesn’t always result in us immediately needing to take over responsibility for the Collections, as in many cases this is not the right thing to do and will not result in the best outcome.

Whatever works as a Win-Win situation will be the solution we implement and progress.

We see things through to , whether that is a happy, retained Client, a Manage Away or a Collect Out.

Credebt will only stop working once we know that you, the Client, are happy with the outcome.

If you need help in this instance, contact us to arrange your free Debtor Collateral Review and we will take it from there. 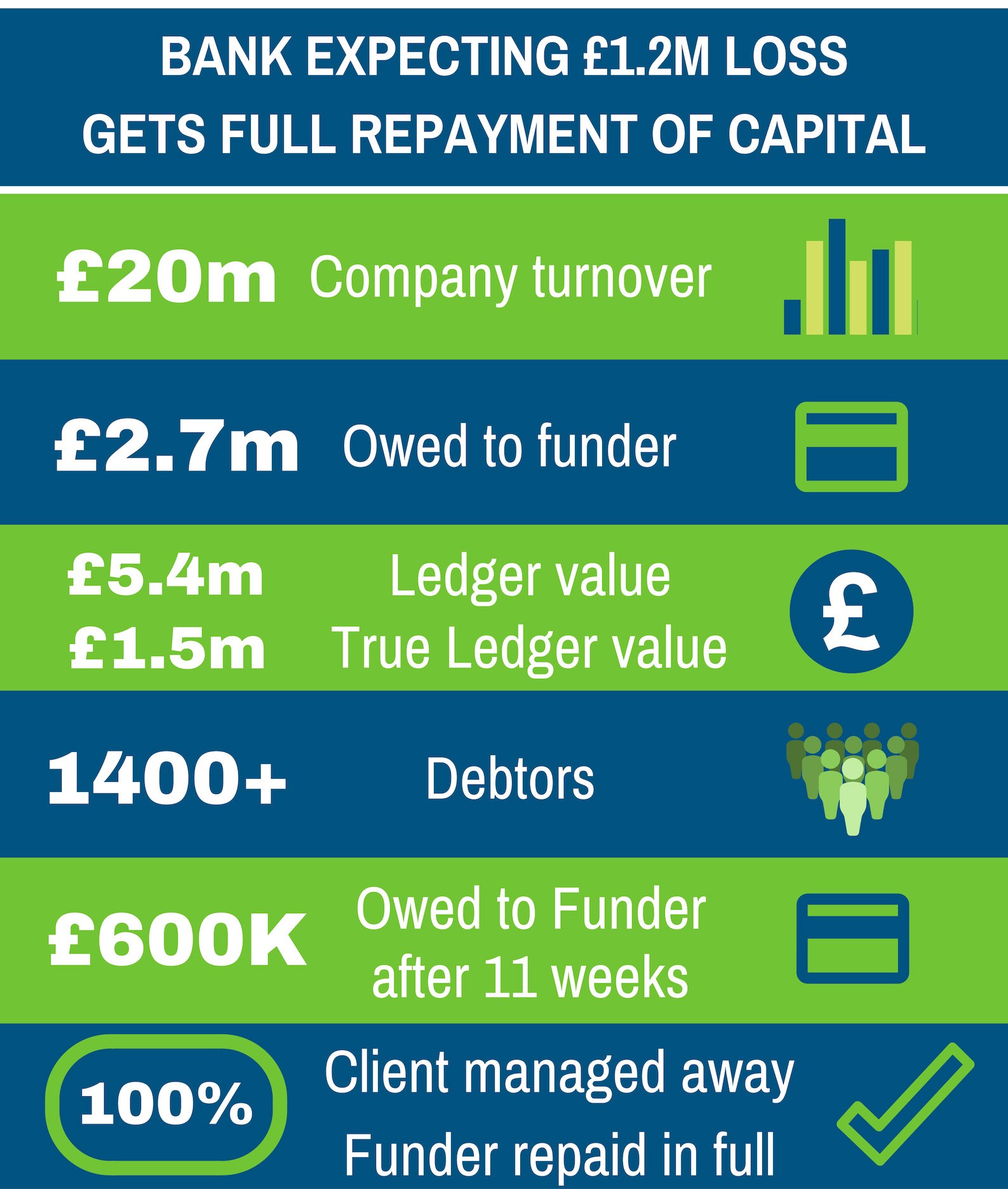 We successfully assisted with verification and monitoring of a South East Food business after Fraud was discovered on our initial visit, following an Audit that came back inconclusive. The business had been ‘Fresh Air Invoicing’ for a period, and the real value of the Debt was less than a third of that being reported on monthly reconciliations.

On the day we were instructed to carry out a Debtor Collateral Review, the Invoice Funds Out position was £2.7m with an alleged Ledger of £5.4m with more than 1400 Debtors.

Credebt discovered that from a £5.4m Ledger, over £2m was inter-company and connected party transactions, and £1.6m was confirmed Fresh Air Invoicing, with a further £300K suspected as being so too. The real value of the Ledger was therefore £1.5m versus the £2.7m Funds Out.

This was a complex case, and a decision needed to be made that would recover the Funder’s position to a point where the Funds Out and real value of the Ledger at least matched, otherwise a large write off would be required.

In discussion with the Funder it was agreed that a substantial verification exercise would take place. Collections would be monitored closely, and all new invoices being uploaded would be scrutinised to ensure they were correct. The Client was left to believe that their story surrounding the Ledger had been accepted.

Only Critical payments would be allowed and the Client was given Notice of Termination and told to look for an alternative Funder, as well as the majority shareholder being expected to fund the business in the interim period.

Within 3 months of our initial involvement, all invalid invoices had been written off, new invoices uploaded were correct and the funds in use had been reduced from £2.7m to £600K while the Ledger had been tidied up and now reflected the true value owed to the company.

This resulted in the business being far more attractive to alternative Funders, and the client was managed away and our Funder Client was repaid in full.

We cannot stress enough that if we had pushed for the Collect Out (for which we had already agreed a rate), then our Client would have lost money, so it was not the right thing to do.

As a result, we were paid for the verification and other work, but it was a fraction of what we would have earned through a Collect Out. It is more important to us that our Funder Client obtained the best possible outcome, and we will always work in our clients’ best interests, even if it means a lower Fee for us.

“I have used Credebt on a number of highly complex recovery situations and have found them to be extremely professional, co-operative and responsive in the way in which they tackle cases.

They demonstrate a high degree of commercial understanding with wide-ranging knowledge of particular industry sectors. They are always able to work to tight deadlines in achieving maximum results within often sensitive and fast-moving situations.

Whether it is recovery work or verification and investigative assignments, I could not recommend them highly enough.”